Novelist Corra Harris forged the way for Southern women writers in the early decades of the 20th-Century. Her notoriety as a humorist, southern apologist, and torchbearer of the premodern agrarian life developed through countless published short stories and essays in the likes of Saturday Evening Post, Harper’s, Good Housekeeping, Ladies Home Journal, and other notable periodicals. Mostly self-taught during her formative years raised in North Georgia, Corra married a Methodist minister, but she became a life-long widow by 1910. Faced with financial responsibilities, she focused on her writing out of necessity.

Corra’s most notable works were A Circuit Rider’s Wife (1910), A Circuit Rider’s Widow (1916), and My Son (1921). The trilogy focused upon the story of itinerant Methodist preacher William Thompson and his wife, and their life together traveling his church circuit in North Georgia. Her stories portrayed rural mountain folklife, and the hardships circuit ministers during that time in an earthy simplicity that readers have enjoyed over the years. In 1998 her Circuit Rider’s Wife was republished by University of Georgia Press.

Why does Southern literature appeal to audiences decades after their authors have left us? Why do their books line our bookshelves as timeless classics? Would you consider reading more about Corra Harris?

What other Southern classics would you include on our list of timeless and borderless must-reads? I welcome reading what you would add to the list of past Southern Voices and Classics.

Visit my webpage for a list of my scheduled appearances at various indie bookstores and workshop venues throughout the South in the coming weeks and months. Learn how past Southern Voices have influenced me to write my stories – Sanctuary, A Legacy of Memories and Testament, An Unexpected Return. 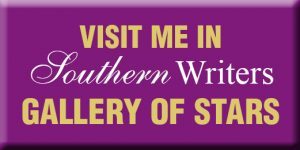