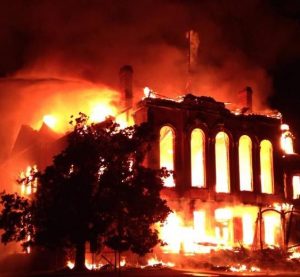 Why Did I Choose Shiloh for My Story’s Setting?

In Sanctuary, my premier Southern mystery, readers are introduced to the quaint, time-lost South Georgia town of Shiloh. The story begins as Theo and his wife Liddy desire to relocate and retire back to their country roots, after investing four decades of their lives in the shadows of Atlanta. According to the story, it is Liddy who discovers an advertisement for a quaint Craftsman home that convinced her Shiloh would be a perfect fit for them.

But, it’s what readers sense early on as they arrive in Shiloh that draws them into the story? First of all, Shiloh’s reputation paints a serene picture about this time-lost town, but like its namesake from biblical lore, reputation and present reality are subject to the whims and shortcomings of men.

Like the Shiloh of old, Sanctuary reveals this once proud town had lost its luster and position as the county seat decades earlier. Alexandria, like Jerusalem in biblical lore, surpassed Shiloh as the center of power and influence, leaving the proud people in Shiloh with their beautiful, antebellum courthouse on the town square a victim of progress. According to the story, Alexandria blossomed during the post-WWII boom and expansion in Georgia, while Shiloh stagnated and struggled, not much different from many real-life rural towns in South Georgia. Shiloh’s conciliation arrived as its beloved courthouse received a facelift and interior redesign to make it into a functioning city hall. However, the facelift and remodeling of the sesquicentenary courthouse left the edifice’s skeleton of 19th Century hewn timbers and ornate woodwork in tact. Decades later, their beloved historical courthouse would be razed to the ground and steal away the life of a town hero, who rescued others from the growing inferno. 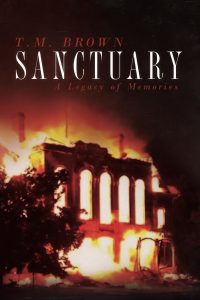 Biblical Shiloh became the first seat of governance once Joshua and the nation of Israel completed their conquest of the Promised Land. The ark of the covenant and tabernacle that had traveled for forty years found a seemingly permanent resting place in Shiloh. Israel’s priests and judges (leaders) established Shiloh as the central seat in the Promised Land until Israel felt unsettled about the way Israel was governed, and desired to be like the other nations. Not long after Israel turned to the rule of king’s, rather than priests acting on God’s behalf, Shiloh fell victim to King David’s selection of Jerusalem as his site for his palace and the building of the new temple. A rival army burned and ransacked Shiloh not long before David ascended the throne as the second king of Israel. However, he turned his back on Shiloh and chose Jerusalem for his palace.

The name Shiloh to this day still paints a different picture than the historical reality which its namesakes have experienced. One of the bloodiest and decisive battles fought during the Civil War became known as the Battle of Shiloh, in Tennessee.

Even the Hebrew origin of the name Shiloh means “place of peace,” but as history revealed, “peace” requires the cooperation of men to live up to the expectation of maintaining peace in their community. Sanctuary and its sequel play on the dichotomy of Shiloh’s reputation and the reality of its present state as Theo and Liddy soon discover upon their arrival to Shiloh that there’s a rift in the tranquility of the community.

All good fiction has its roots deeply planted and nourished in the soil of truth and reality. The settings and characters in our novels do spring ex-nihilo (out of nothingness). Good novels blur the lines between what is fact and fiction allowing the reader to enjoy the totality of the story as though it is real. Nothing brings a smile quicker than to be asked where is Shiloh, I want to go there.

Sanctuary, An Legacy of Memories (2nd Edition, January 2018)
Newly retired publishing executive, Theo Phillips, and his wife, Liddy, decide to leave the shadows of Atlanta behind and return to their South Georgia roots in time-lost Shiloh. While making new friends, Theo’s interest in a memorial launches him smack dab in the middle of scandal and dark secrets. As Theo digs deeper into the mysterious fire that stole the town’s landmark courthouse and a town hero, he and Liddy’s retirement dreams take a turn that could unravel both them and the idyllic life they and many others look for in Shiloh.

Testament, An Unexpected Return (coming March 2018) – Cover release, February 9th.
The sequel picks up the story of little old Shiloh eight months later and significant changes have taken place in Shiloh. New faces from the town’s past emerge as Testament’s tale unfolds. The citizens in Shiloh understand they cannot change their pasts, but they realize their pasts can haunt them in the present in ways no one could predict. A subtle reminder that God orchestrates the course of history for all men, but he allows men to choose how they will come to terms with the events of history as they unfold. As the ending of the story states, “The testament of a man lies not in the magnitude of possessions and property left to his heirs, but the reach of his legacy long after his death.” 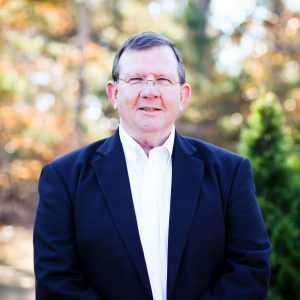 Mike, to all his friends, is a Southern boy at heart, although he’s lived and traveled in many states far removed from his beloved boyhood roots in Georgia and Florida. He returned to his Southern roots several years ago while his two sons were still in school and regularly traveled throughout the South before returning to college shortly after his youngest son graduated. In the last fifteen years he has preached, taught and coached in Alabama, Georgia and Florida until his wife and he moved outside of Atlanta and retired to write, travel, and spoil grandchildren.